Downstream from the Demolition Project (Ireland) 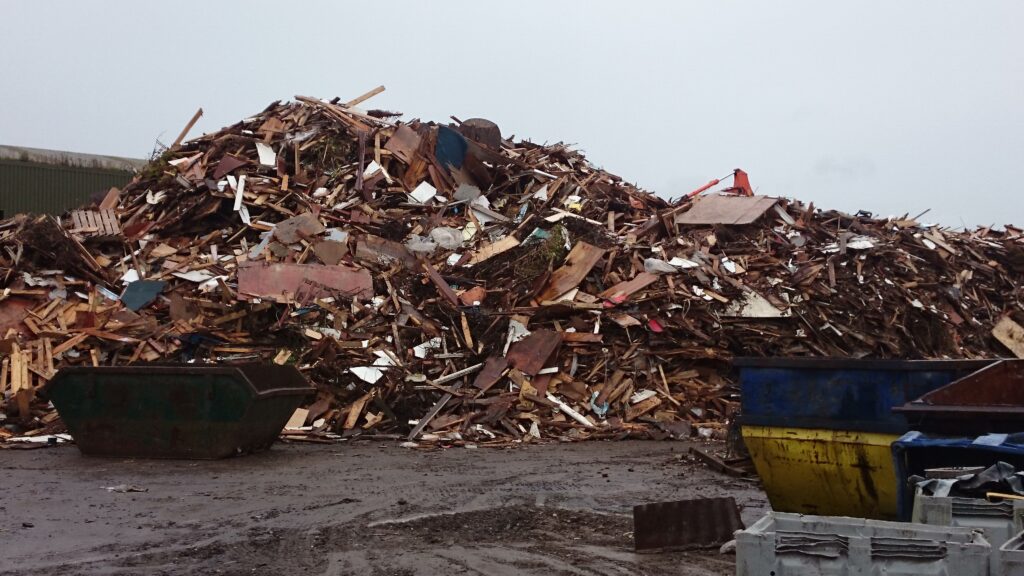 Waste wood prior to processing at OCR

Following on from our visit to Seagrave House and Davitt House in Dublin, which were in the preliminary strip-out phase of demolition, NUIGalway and UCD visited OCR Waste Management in County Roscommon, who are one of the principal handlers of timber waste in Ireland. Other operators include Panda (recent, minor operation), Envirogrind, and Barna, who are the biggest exporter of mixed wood waste.

OCR process approximately 30,000 tonnes of timber waste annually, charging between 25-30 euros/tonne to accept skips of mixed waste. Despite the very careful demolition process we witnessed in Dublin, where metal fittings were removed from all wood elements for the sake of recycling, almost all the wood arriving at OCR is mixed with other materials and very little of the wood is free of metal, whether nails, screws or other fittings.

OCR explained to us that in the UK there is a classification system developed by the Wood Recyclers’ Association, where wood for recycling is classified as A, B, C, or D according to the following rules, which impacts how the wood can be further used;

However, in Ireland there is no such classification system in use. As a result, all wood arriving at OCR is processed to what would be equivalent to a final class C, using the UK system. This means any solid wood is treated in the same manner as panel products. All wood is processed into wood chips, which are then exported to Northern Ireland for use in the Lisahally Biomass combined heat and power (CHP) plant in County Derry. None of the chipped wood is used in Ireland for energy generation and no wood material is recycled for any other use. Wood is processed into wood chips through a sequence of operations, which both reduce the size of the wood at each step as well as removing metal from the stream. 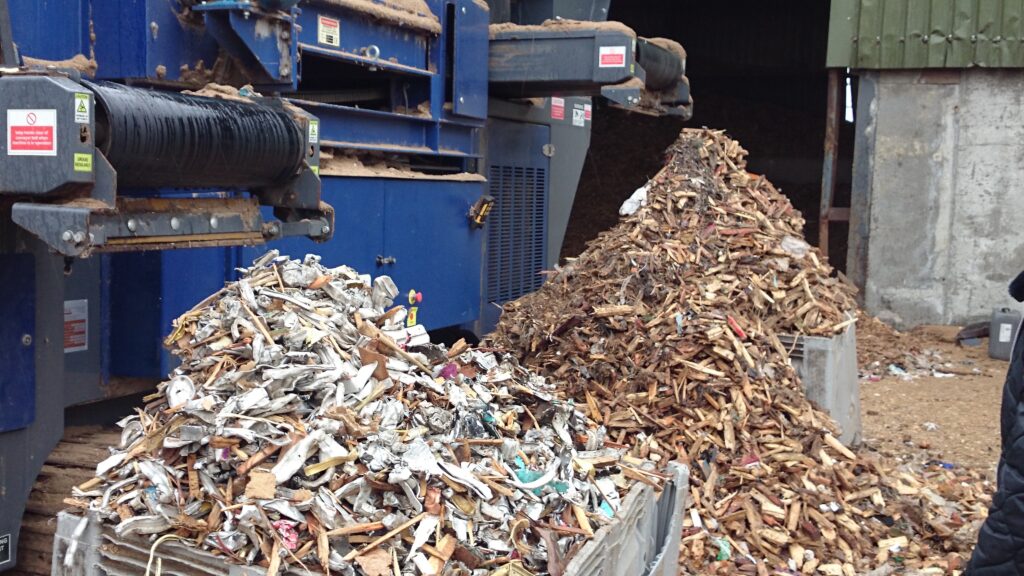 Material is separated by the Eddy Stream into metal (left) for recycling, unusable wood chips which may still have metal (right), and final wood chips for export (not in image)

Typically sawmill residues, which are wood particles smaller than 3cm, can be reused in products such as Eirbloc and Masonite in Ireland. However, as OCR’s fine material is from mixed sources it cannot be reused in these products. Instead small quantities are mixed into the regular shipments of wood chips (greater than 3cm material) to Derry, which will accept a certain proportion of fine material. All metal separated during the shredding and screening process is recycled. All material that cannot be used for biomass, or recycled, is ultimately landfilled in Drogheda, County Louth, at a cost to OCR. 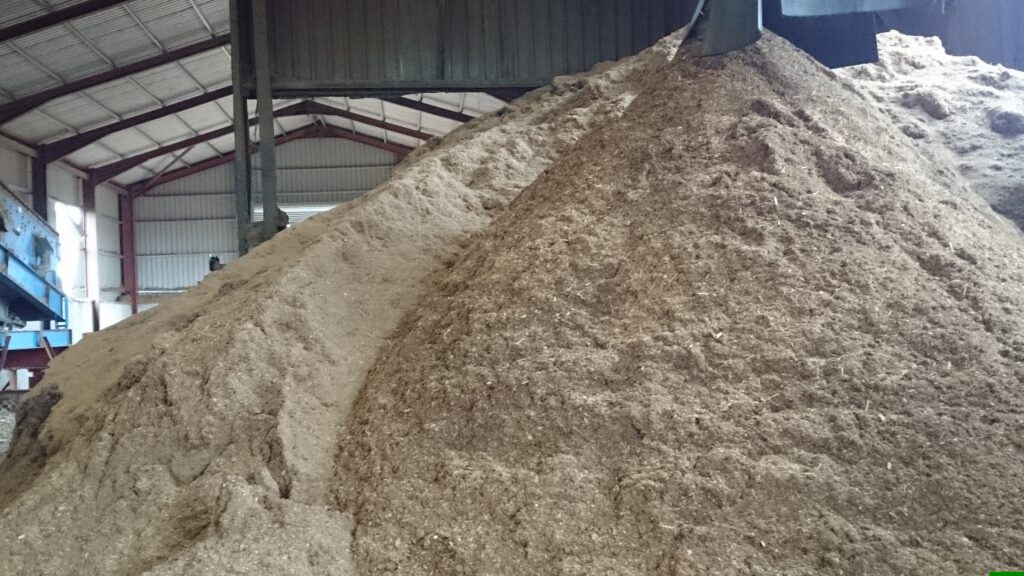 Fine material cannot be used in panel products, because it is from a mixed source (contanimated). Small amounts can be remixed with wood chips for energy use, while the remainder would go to landfill

Although no wood being processed by OCR is currently recycled, they estimate that as much as 50% of the wood waste material they process could be solid timber, though they do not keep records. However, because the bulk of this wood comes with metal fittings embedded or attached, the most cost effective alternative for OCR is to shred and screen it, to produce chipped material for incineration. Until a profitable market can be created for reused solid timber this will continue to be the case.

The careful process of removing metal from wood elements we witnessed in Dublin by Hegarty Demolition would help to make the recycling of solid timber possible, as it removes the need to shred and screen material, which OCR uses to remove metal from timber. However, based on the standard of material arriving at OCR, the demolition practice we witnessed appears to be the exception rather than the rule. For Hegarty, who typically work on large buildings such as office blocks, there is an economic imperative that drives them to carefully sort the material on site. But on smaller projects such as single family houses, which likely contain a greater proportion of timber than an office block, the economics of carefully sorting the material do not add up, so demolition material is mixed rather than sorted. It appears then that the critical building type to address in designing for disassembly would be these small buildings, rather than larger structures where there is a sufficient economic incentive to carefully sort material because of the volume of material in the building.